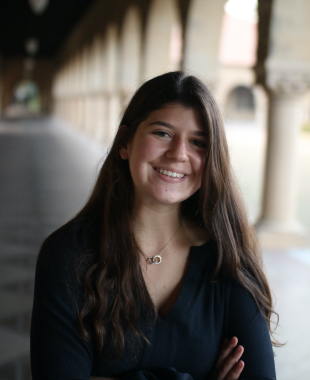 Tessa has always loved math and observed at an early age that there were more boys involved in math than girls. So she created GLAM.

Tessa Wayne is the founder and creator of GLAM. Tessa has always loved math and observed at an early age that there were more boys involved in math than girls. In math contests and classes, she was often one of few –or sometimes the only– girl.
‍

In the summer of 2018, following her sophomore year of high school, Tessa started GLAM to share her passion for math with young girls. GLAM is now in several middle schools in New York City and is expanding to nearby metropolitan areas. Additionally, Tessa is now studying Management Science & Engineering at Stanford University and plans to bring GLAM with her to schools in the Palo Alto area.

Outside of mathematics, Tessa is also an avid athlete. She competed on both her high school’s varsity basketball and softball teams, leading both to multiple championships. Tessa scored her 1000th point in varsity basketball in her sophomore year, and holds her school’s all-time scoring record with 1720 career points. She also pitched two undefeated league seasons in softball. Now, Tessa is  playing for Stanford's Women's Club Basketball team and acting as their Financial Officer.

When not playing sports, Tessa loves KenKen puzzles and has competed in the International KenKen contest.

Thanks for subscribing!
Oops! Something went wrong while submitting the form.