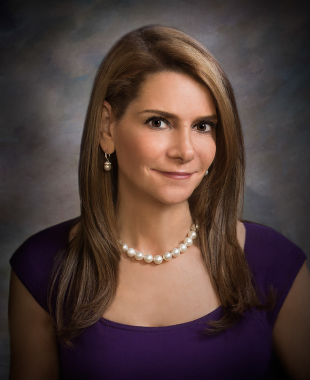 Liz Elting, Founder and CEO of the Elizabeth Elting Foundation, is a New York-based philanthropist and businesswoman, recognized for her outstanding entrepreneurship and focus on developing women business leaders. An accomplished business leader, Elting co-founded TransPerfect, the world’s largest provider of language and business solutions. Headquartered in New York City, the company has over $700 million in revenues and more than 5,000 employees in over 90 cities around the globe.

Elting’s recognitions and awards include the Working Woman “Entrepreneurial Excellence” Award for Customer Service, the Ernst and Young “Entrepreneur of the Year” Award, the American Express-Entrepreneur Magazine “Woman of the Year” Award, the “Distinguished Alumnae” Award from NYU Stern's Women in Business, the “Women Worth Watching” Award from Diversity Journal, the Trinity College “Alumni Medal for Excellence” and “Gary McQuaid” Award, the Enterprising Women Magazine “Enterprising Women of the Year” Award, and the National Organization for Women "Women of Power & Influence" Award. In addition, Elting has been named one of Forbes’ “Richest Self-Made Women” for the past five years in a row (2015, 2016, 2017, 2018, 2019) and is a recipient of the 2019 Charles Waldo Haskins Award for business and public service from NYU’s Stern School of Business.

Thanks for subscribing!
Oops! Something went wrong while submitting the form.